The initial idea of a 3 wheeled car club began at the beginning of 1958 when the head salesman at Glanfield Lawrence and Co, (a main dealer of Reliant in London) sent out letters to everyone who had purchased a Reliant From them, the letter stated that they were thinking of getting enough Reliant Owners interested to start a club.

On 29th April 1958 there was a meeting in the cafe next door to Glanfields. The meeting was chaired by Derek Reynolds, who outlined the idea behind the club, everyone in the room agreed , (around 40 people) and the cost of subscription was agreed at 10/- per year with a joining fee of 5/-.

At this inaugural meeting 35 members joined, with one associate member.

By April the following year the club had quadrupled the membership, with over 150 members.

The first branch toi be formed was The London Branch, this branch had to close in 20**. The webmaster has been able to secure a huge amount of ex london branch magazines which will be uploaded in the future.

On the right hand side you can see the response that the Reliant Owners Club got from Buckingham Palace in 1970, when they invited HRH Princess Anne to become and honorary member. 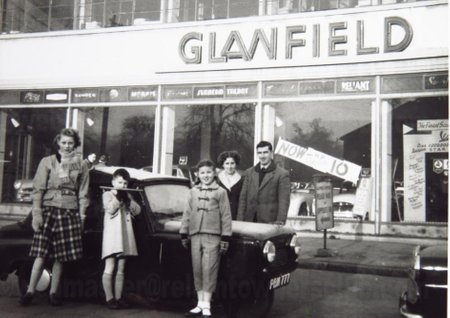